It's a new year and we are still on the chase!

2012 greeted us very quietly but it hasn't seemed to be quiet since. Jeff finished AI'ing fall cows on January 2nd. On January 4th the entire family headed for Hawaii for a little warm R&R. My parents had rented a house on Oahu corresponding to the AFBF Convention. 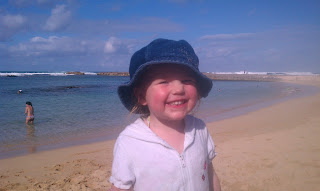 We enjoyed the warm weather, water, sun, pineapple, views, lazy days, snorkeling, flowers, sand, and many, many other things. The kids did pretty good with the long flight and other than some mosquito bites enjoyed the time in paradise. Some of us made it to convention to cheer on our Washington YF&R contestants. (hum outside in Hawaii or conferences - we probably weren't the only skippers).

Molly put in a three day week when we returned, followed by a planned 4 day MLK weekend. Enter winter! 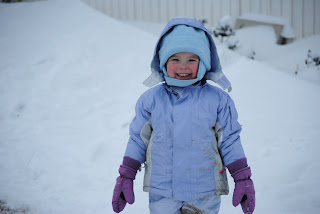 We can't complain too much - last year we were feeding cows continually starting in November. This year we didn't really feed anything until the middle of January! We'll happily sell rather than feed hay - especially this year.

Molly got to experience her first snow day (they managed to put in 1 1/2 days in a week) and got a three day weekend. Considering schools all over the entire state missed more than we did I guess we'll take just one day missed.

Besides looking at snow (which is now melting pretty well) we are quickly getting into bull sale mode. Jeff & I took some pictures early to get some advertising done. The crew at JR clipped some of the fall bulls earlier this week. The pen of falls are pretty impressive down in Othello. It will be interesting to see what bulls bring this spring as sale season gets in full swing very soon. 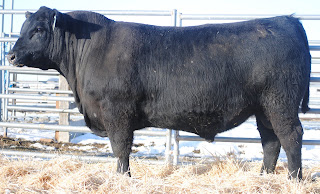 The STACK of semen catalogs that have graced our mailbox of late say it must be about time to start spring calving & the process of choosing bulls (round two for us dual season calvers!).
At least the first half of the spring herd is going to calve at our house - which the kids are excited about. It is always fun to see the new babies.

On the home front we are getting ready for a double party. Trev & Lila will be 3 in two days. They just aren't babies any more. Jeff & I were reminiscing about a few days prior to welcoming them into the world. I watched Jeff play basketball, went to the grocery store & one other stop. For some reason I kept getting comments like "please don't go into labor in my line". I guess I was kinda big. What do you expect with nearly full term twins.
Can't imagine life without any of them!